Models of DER devices – what is the base of this approach?

DER devices deployed at the building level were modelled in EnergyPlus (using the advanced EnergyPlus Run Time Language functionality). At the district level, the thermal subsystems were modelled in Modelica, enabling the definition of the MOEEBIUS Modelica library. On the other hand, the electric DER were developed following a statistical modelling approach. 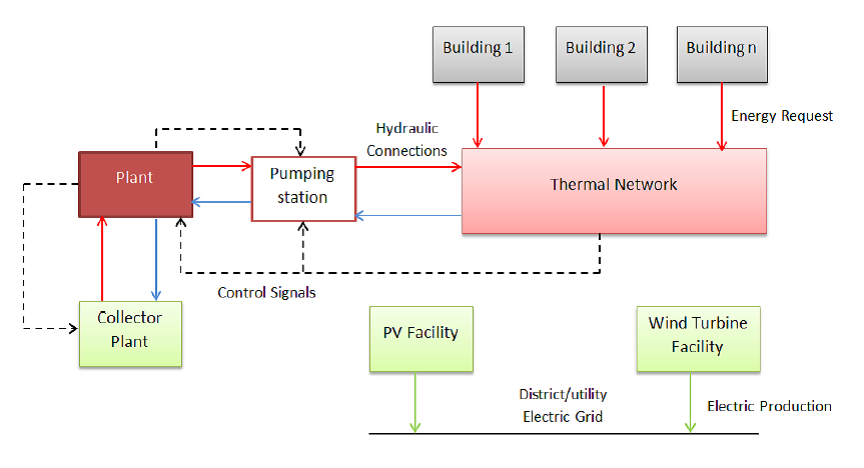 Unfortunately, the addition of district level modelling capacities to building simulation programs is technically difficult, as it would require major code or even tool architecture modifications. Object oriented equation based tools present significant advantages for district modelling, but complete migration from legacy building simulation programs to equation based tools in the building domain is not possible, as the required domain specific component model libraries are not available yet.

In this light, co-simulation is considered as the most suitable approach to produce integrated district models combining EnergyPlus building models with Modelica district models. Therefore, a sequential co-simulation arrangement has been designed as the starting point for the development of the generic MOEEBIUS District Heating and DER Model. In particular, this model library is composed by the following models:

For example, a district heating and thermal DER model is developed following this subsystem architecture approach: 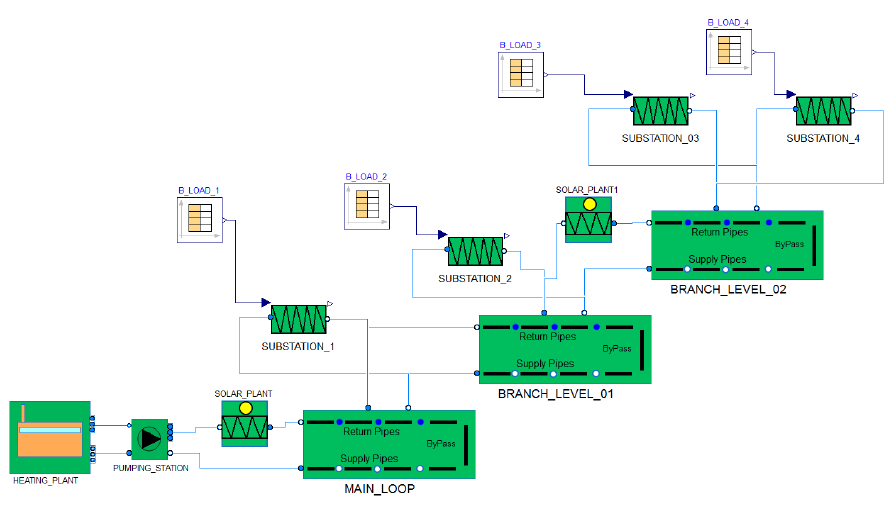 During the coming months, the system will be tested at the MOEEBIUS pilot sites located in Belgrade, London and Mafra. If you want to know more about the tests and special workshops in Serbia, Portugal and the United Kingdom please see our special article which will give you more details on these events. You can also read full report about the DER and District Heating models.